My musing for the day ~ from the origin of life, through all the steps of evolution, to the rise of the capability of Consciousness to become of conscious itself, the DNA strand is the Stairway to Heaven that we are collectively climbing. Little wonder that spiral staircases feel so magical…

“The arising of space consciousness—a shift to vertical rather than horizontal awareness—is the next stage in the evolution of humanity, and it’s happening more and more as our awareness remains in the now moment.”
Eckhart Tolle 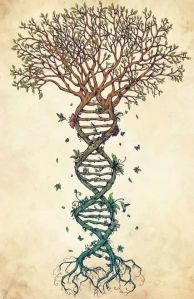 “I am saying that I see the emergence of space consciousness as the next stage in the evolution of humanity. By space consciousness I mean that in addition to our being fully conscious of things—that is to say of sense perceptions, thoughts, emotions, and whatever happens in our lives—there is at the same time an undercurrent of awareness or Presence operating in us. Awareness implies that we are not only conscious of things, such as the objects and the people around us, but we are also conscious at the same time of being conscious.”
Eckhart Tolle 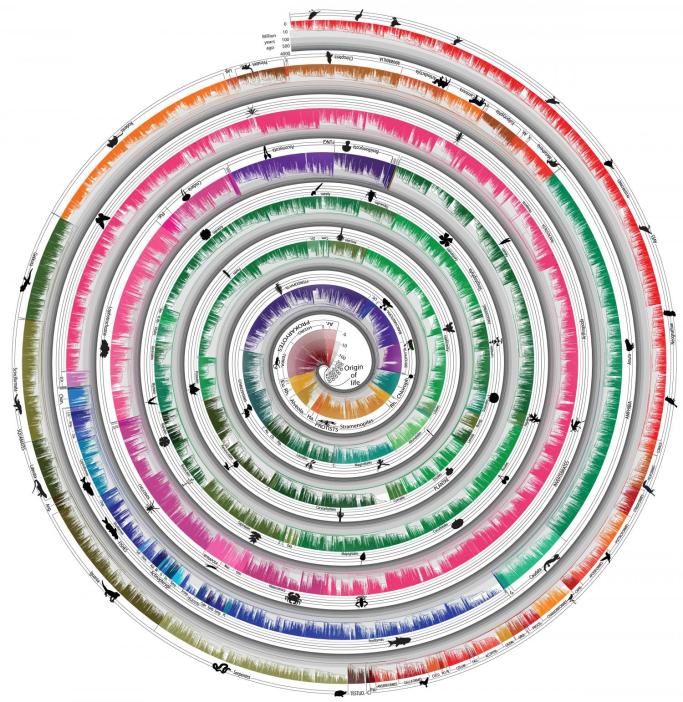 Temple University researchers have assembled the largest and most accurate tree of life calibrated to time, and surprisingly, it reveals that life has been expanding at a constant rate.

The tree of life compiled by the Temple team is depicted in a new way —- a cosmologically-inspired galaxy of life view —- and contains more than 50,000 species in a tapestry spiraling out from the origin of life.

The study also challenges the conventional view of adaptation being the principal force driving species diversification, but rather, underscores the importance of random genetic events and geographic isolation in speciation, taking about 2 million years on average for a new species to emerge onto the scene.

Image from the movie, “The Tree of Life”

“…And it’s whispered that soon,
if we all call the tune,
then the piper will lead us to reason.
And a new day will dawn for those who stand long,
and the forests will echo with laughter.

If there’s a bustle in your hedgerow,
don’t be alarmed now,
it’s just a spring clean for the May Queen.
Yes, there are two paths you can go by,
but in the long run,
there’s still time to change the road you are on.

and it makes me wonder
ooh

Your head is humming and it won’t go,
in case you don’t know,
the piper’s calling you to join him.
Dear lady, can you hear the wind blow,
and did you know
your stairway lies on the whispering wind?

And as we wind on down the road,
our shadow’s taller than our soul.
There walks a lady we all know
who shines white light and wants to show
how everything still turns to gold,
and if you listen very hard,
the tune will come to you at last.
When all are one and one is all,
to be a rock, and not to roll.

…and she’s buying a stairway to heaven.